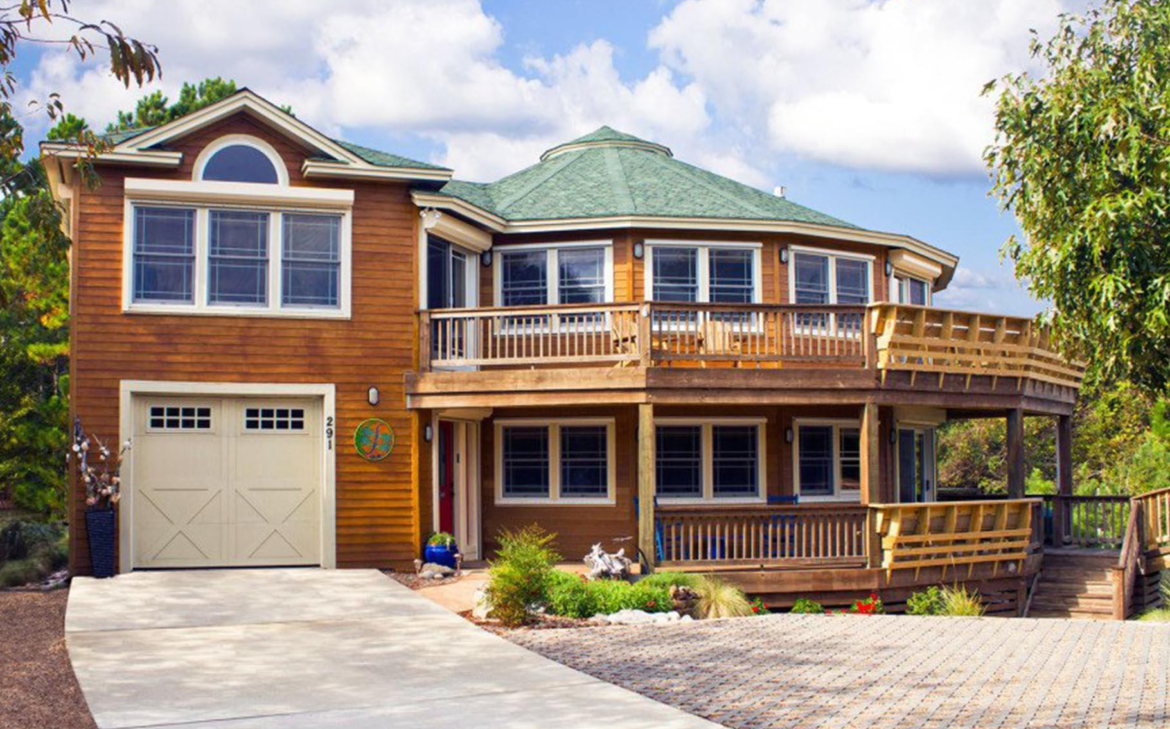 Many Americans dream of a life on the coast, with the sun grazing their rooftops and waves lapping at the shore below. Not everyone considers the risk of purchasing a coastal property, which could easily be destroyed in the event of a hurricane. When Hurricane Michael touched down in Mexico Beach, Florida, in mid-October, only one oceanfront home was left fully intact: a two-story structure known as Sand Palace that had been built a year prior. The remaining homes were either wiped out or stripped down to their shoddy foundations.Much of this damage could have been prevented if the homes had adhered to Florida’s updated building codes, which require safe construction elements like buttressed roofs and shatterproof windows. But the fact that these codes were implemented in 2007 left older homes powerless in the face of the storm.

BUILDING FOR A HURRICANE

To protect themselves from damage, homeowners have one of two options: build a new structure or retrofit an old one. The price of both undertakings has left many low-income residents vulnerable to disaster. Hurricane-resistant features tend to double the cost of construction per square foot. It’s not feasible for everybody in the country to design their houses to be hurricane-proof. There are so many people who don’t have the financial resources. Building a hurricane-resistant property comes down to a handful of foundational features. Still there are a few accessories that can protect an older home from damage. Here’s a recommended list;

Hurricane shutters help protect windows from debris that have been stirred up by strong winds. The consequence of a broken window can be grave: In the event of a storm, it causes air pressure to rise and the house to blow apart from the inside. For those worried about the labor or cost, there’s good news: Some insurance companies in states like Maryland, Florida, Louisiana, and Rhode Island offer discounted rates for homeowners with hurricane shutters. While more expensive homes have shutters made of metal or polycarbonate plastic, lower-income properties often resort to plywood. Impact windows are perhaps the most important feature for homes located near the coast, but not directly along the water. Instead of being exposed to storm surge, these homes are vulnerable to a hurricane’s heavy winds.

Fifteen years ago impact windows weren’t required by the building codes. It wasn’t until an onslaught of storms, including Hurricanes Ivan and Katrina, that insurance companies began to push for stricter regulations to protect themselves from loss. Now it’s common for new homes in the Gulf to be made of laminated glass with a sheet of Kevlar inside. These windows are designed to withstand the impact of a 2×4 stud heading toward them at 150 miles per hour. But this protection comes at a price. Impact windows are often double the cost of a normal window package: around $40,000 compared to the standard $18,000.

Hurricane straps are pieces of the galvanized steel that secure the walls of a home to its rafters. They can be installed during a retrofit, but it’s an expensive and invasive process. Adding straps after a home has already been built requires cutting back the sheetrock and exposing the beams. It’s far easier to install the straps during new construction, before the sheetrock has been laid down. But there’s still the cost of labor to consider. In either case, hurricane straps help make sure that the roof doesn’t fly off during a storm.

One of the most basic elements of hurricane-proofing is to build a home on concrete pilings, which elevate it above the storm surge. The pilings also help support the structure and keep it from collapsing amid heavy winds.

THE PRICE OF SAFETY

Whether you’re retrofitting an old home or building a new one, coastal homeowners pay a hefty premium for safety. There is a tremendous amount of hoops that you have to jump through when you build or buy a Gulf-front house. You can be sure that everything that goes back in Mexico Beach is going to be built to the same level of construction as that one house that survived.

Open Up the Possibilities