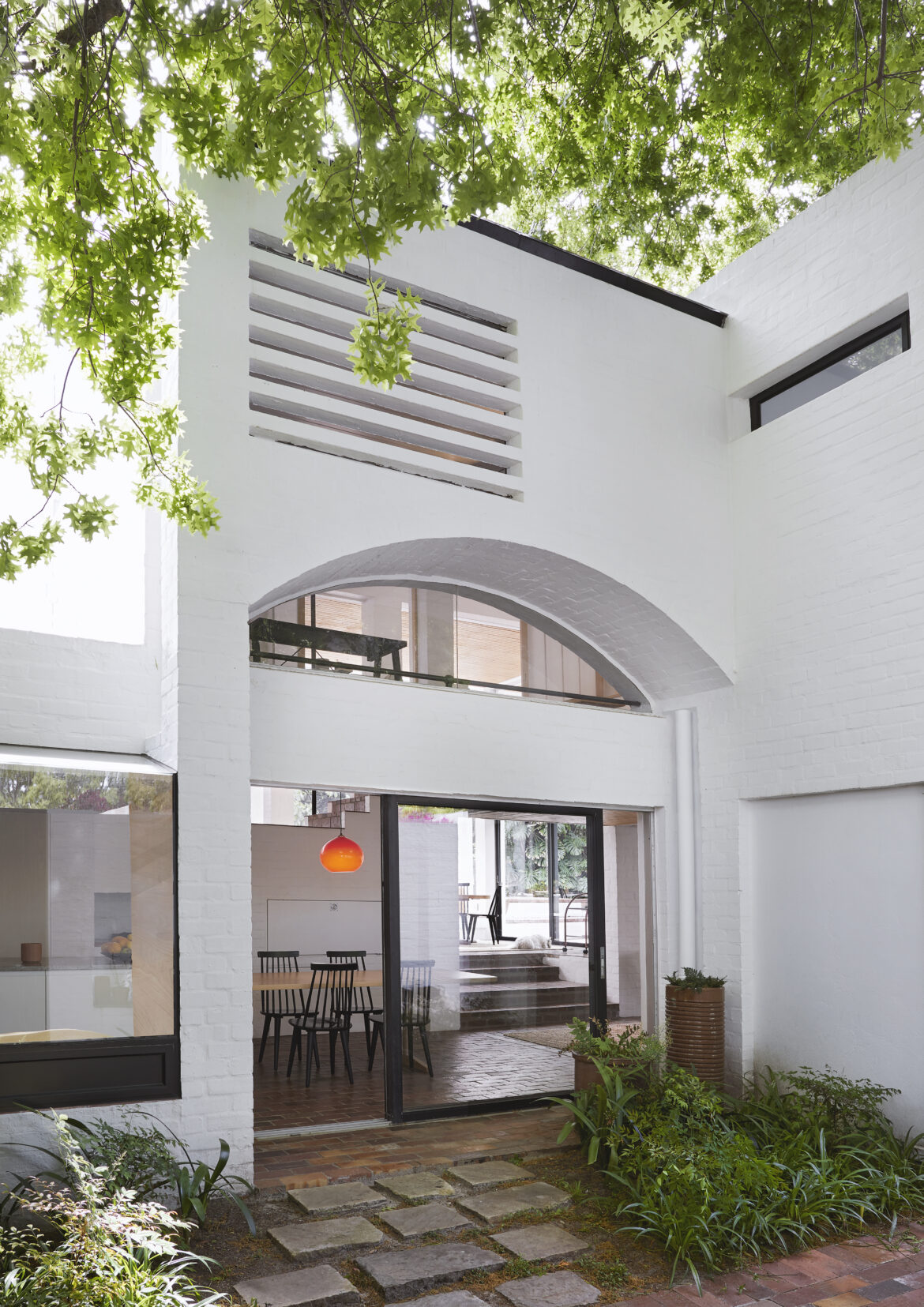 A light-filled family home in Cape Town celebrates its modernist heritage with a sensitive restoration and mix of handpicked vintage finds and contemporary interpretations. Located to the left of the entrance doorway, the kitchen was partly reclaimed from a ceramic studio, where the architects/owner’s wife Helene Elliott worked. To make new sense of the space, a wall was built to create a kitchen courtyard.

Entering via the quirky round door sets the tone set for experimental design philosophies the architect was exploring when designing it as his home in the 1970s.

“The original kitchen was very simple, and the house has Scandinavian influences, so we wanted to reflect that by using a simple, clean beech wood for the kitchen table, shelves and bay window inlay and elsewhere in the home.” says Michael.

The kitchen needed updating and was reimagined without losing modernist qualities. The inclusion of yellow ceramic tiles on the splashback connects to others used in the bathrooms in the house.

The stairs behind the kitchen lead to the atrium, consisting of a lounge and dining area, with a second set taking you to the master bedroom above the kitchen. The house’s multiple levels resulted from the architect’s decision to accommodate the plot’s sloping landscape rather than excavating to level it.

Michael and Claire have collected artworks and modernist inspired furniture and objects, but acquiring a home with similar references compelled them to invest in carefully chosen vintage pieces to complement their collection.

The stairs lead from the kitchen to the atrium, consisting of a lounge and dining area, with a second set taking one to the master bedroom above the kitchen. The house’s multiple levels resulted from the architect’s decision to accommodate the plot’s sloping landscape rather than excavating to level it.

Observations From a Gardener